CHESHIRE, UK, Nov 22, 2016 – With most specialist virtual reality (VR) software costing in excess of five figures, Virtalis is poised to deliver a complete industry game changer with the first easily affordable VR software. VR4CAD launched in the UK on November 18 at the University of Liverpool’s London Campus. 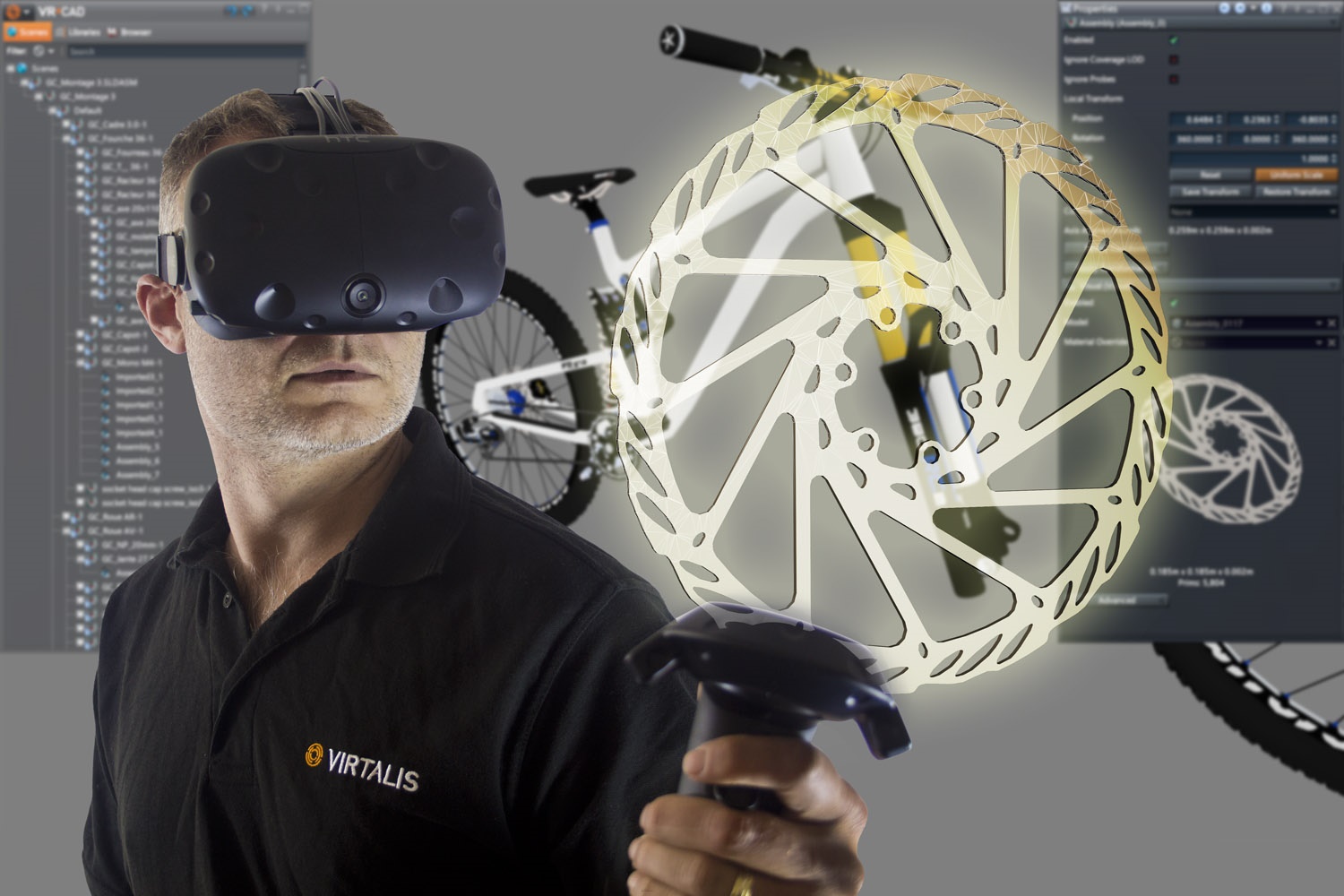 Aimed at CAD engineers, VR4CAD has been designed as the “Gateway to Pro VR”. David Cockburn-Price, Virtalis MD, commented: “With the rise of low cost HMDs like Oculus Rift, the HTC Vive and HoloLens, plus desktop VR like zSpace, VR is finally moving into the everyday within engineering – something Virtalis forecast a quarter of a century ago.

“Workstations and graphics cards have been tumbling in price while soaring in performance.  All of this has led to the perfect storm for VR, but the final piece off the jigsaw has been the lack of professional VR software with which to create content. Our high-end Visionary Render software boasts a blue chip user list, but is out of the reach of most. Virtalis therefore decided to make an accessible and affordable version that will enable people to take advantage of the falling cost of VR hardware.”

Unlike games engine-based kits that require considerable know-how to make a VR application,VR4CAD is out-of-the-box VR software. It works with an impressive list of CAD packages and the user gets to select one, including:

Steve Carpenter, Virtalis’ sales director explained: “With HMDs now retailing for less than £700 and a decent VR-capable graphics card costing £1,000-1,500, we analysed the SME market place and realized what was stopping them benefiting from VR was the price of the software. Our blue chip clients, like Siemens, BAE Systems and Raytheon, acknowledge that our VR technology saves them money right across the product lifecycle, with other engineering firms, like CNH, using VR for market research and marketing too. Now, for the first time, these advantages come within the grasp of the SME.”

All licences bought before December 31 will cost £999 for the first year. After that date, only the first licence within an organisation will be sold at this price for the first year only, with years two and three priced at £2,000 per annum or a perpetual licence for £5,000. If the customer decides to upgrade to Visionary Render, then the full price of the VR4CAD licence is discounted, as long as the new licence is licensed to the same computer.