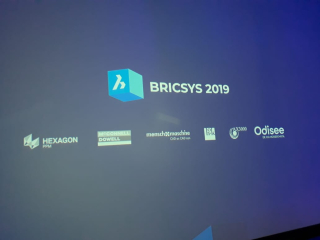 The 2019 Conference in Sweden took place on October 9th and 10th of 2019 at The Brewery Conference Center in Stockholm, a few minutes walk away from the Gamla Stan rail station on the Green Line.

The venue, also known as Munchen Bryggeriet is a eco-labeled conference space set in a heritage building that once housed an iconic brewery that moved out in 1971 after 100 glorious years of brewing. Some history here, and it is no coincidence that many of Bricsys conferences and after-parties are always held in iconic breweries. 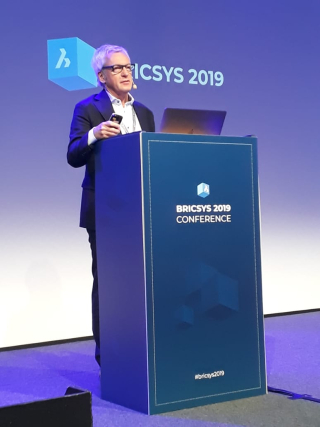 The event kicked off on the 9th morning with CEO Erik de Keyser taking on to the stage to deliver the welcome address and message.  “Bricsys as a company has the same positives, the close-knit family DNA as before but with higher velocity, trajectory and an impatient ambition to deliver cutting-edge solutions, faster than ever before”, said Erik de Keyser, in his opening address.

This is the first year after the Hexagon buy-out of Bricsys, and some expected to see new faces in the drivers seat, but nothing like that happened. The heroes of the event have been the same Bricsys team as before but of course, there are over 50+ new hires in the last year, to fast-track growth.

In conversation with me, CEO Erik de Keyser assured and promised that he is here to stay, for the foreseeable future. The man has not lost his passion or energy for growth and with a larger canvas in front on him, it appears the marathon has just begin, all over again.

The next two days of the conference would tell us all that was done in the past 12 months, and the road ahead.

In the core presentation of BricsCAD v20 features, the dark theme interfaced BricsCAD was the first to be shown.

The dark themed interface is loved by many, hated by few and many in the middle layer have no strong thoughts about it: positive or negative. With the new system variable COLORTHEME=0 or 1, you can now switch between the modes effortlessly, something that would make people on either side of the fence happy. Predictably, the dark color theme is to lure in new ‘Other-CAD’ users into the BricsCAD fold, as existing ones seem not too bothered about it.

In the joint presentation of core features by Hans de Backer and Heidi Hewitt, we saw more of V20 features that present themselves easily, intuitively and are therefore more discoverable. All of which is good news for the first time BricsCAD user as well as the reseller support staff.

“Many V20 commands can now be started even without entering any command”, says Hans de backer, as he stressed again on the UX of BricsCAD V20, where accessibility, discoverability and predictive prompting are key to deliver productivity and cut support time.

“The new BricsCAD V20 promises to be easily adaptable by first-time users than ever before”, is what I see as the immediate advantage of this new move.

The other focus of V20 has been on reducing response time while handling large data-sets. Hans de Backer showed us how multi-gigabytes of image (drone captured mosaic images) and vector data (500,000+ entities) was effortlessly zoomed, panned and view styles changed in a clear message that BricsCAD has arrived as a heavy duty .dwg data processing engine.

In other ground-breaking news for dynamic block aficionados, Heidi Hewitt disclosed that the much-awaited and long-asked Visibility feature of dynamic blocks is now implemented in BricsCAD using 2D parametric blocks. We were told that the function will not yet be available in the immediate release of V20 later this month, but is expected in the early life-cycle of V20, hopefully the next quarter to so. 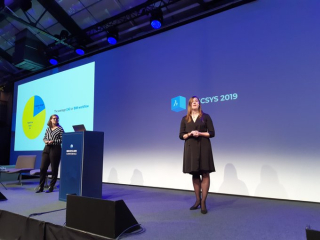 The focus on using AI and offering predictive prompting remains center-stage in Bricsys UX design. It was evident as we saw the key staff of the AI team up on stage telling us about the mind-set and road-map of the development and user experience process in BricsCAD.

Yet another strategic move evident on Day 1 conference began was the tighter integration between 24/7 and BricsCAD. Until now, 24/7 was something that we heard about on the second day of the conference, tucked away for the afternoon session. Now, 24/7 is the central gateway to everything in BricsCAD, the BIM and the cloud. The 24/7 panel is now navigable in a facebook-like interface on the right hand side, which gives the user immediate status updates on the sharing of files and the activity update in the project ecosystem. 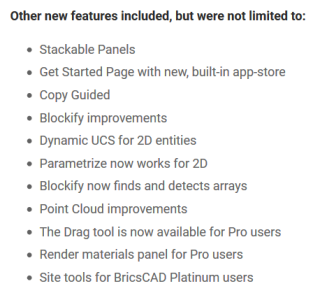 Civil 3D Users: Watch out! There is a credible alternative now!  This is going to offer some touch competition to Civil 3D and other add-ons as Bricsys decides to add in a number of Civil tools into the Platinum version. 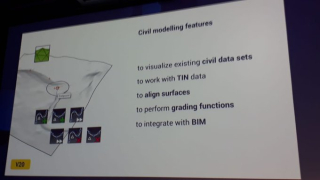 The following commands are available for creating or editing TIN Surface, Grading or Alignment objects:

Not completely surprising, because of late, we have seen a couple of industry trends which convince us why this was expected, and necessary.

Firstly, there has been a growing number of requests from AEC users wanting to use, analyze or modify ground terrain data. The need for a light-weight terrain visualization tool was being felt by users beyond the traditional domain of survey and mapping users.

It is only natural the Bricsys has listened to this segment and has brought in some terrain tools.

Secondly, the enabler has been working behind the scenes, the Open Design Alliance already has been working on importing Civil 3D data into BricsCAD by supporting rendering of their custom entities.

I took a quick look at the tool-set in V20 beta and I am impressed. You can now create a TIN (Triangulated Irregular Network) from existing points, interactively or from a Civil 3D surface.

The surface creates a custom object that can be modified with a single pick interactively and all related components like alignments, profiles, cut/fill computations etc update themselves in real-time.

In the live demo, we were shown a complete work-flow from surface generation to modeling of building pads, define, edit and re-design alignments on-the-fly, and generate cust-fill volumes at the click of a button.

CEO Erik de Keyser was quick to re-assure us that they do not intend building a complete Civil Design solution but the availability of the civil design engine within BricsCAD V20 allows a basic set of functionality for the users and an opportunity for third-party developers to access the tools via API and offer local customization and derived features.

Later in the afternoon, CTO Luc de Batselier showed us how each and every civil design tool would be exposed via APIs for use in BRX, .NET or the Lisp environment.

Leica Geosystems is a Hexagon-PPM owned company and with its dominant presence in the total stations and 3d scanner markets, it is a strong player in the AEC and survey-mapping markets.

With BricsCAD now offering a slice of the most essential Civil-Survey and grading tools, there was not much left to guess that Bricsys would be leveraging Leica technologies to integrate with BricsCAD.

The first day ended with an announcement between HoK BIM Solutions,  Leica Geosystems and Bricsys “Scan-to-BIM” Initiative. They spoke at length of their vision for a system that automatically generates simple point cloud data, to full-BIM-ready models.

One of the Bricsys staff told me that the head-count this year at the conference was in the range of 380-400 and this included more of customers attending the event, the highest number ever, and somewhat lesser number of Bricsys employees and partners this year than before. Interesting statistics, and it points to the fact that the conference is acquiring more of a customer-facing pitch, than an annual gathering of employees and partners.

The focus this year has been on making the customer story and experience the dominant theme. At several times in between presentations, we had customers and technology partners on the stage to tell us about their story, and how it weaved in into the Bricsys V20 experience.

(with inputs from Bricsys blog)