We continue on our journey to improve the underlying code-base, stability and extensibility of our GeoTools and CADPower software to run on multiple and varied deployment situations, operating systems and .dwg CAD platforms. The latest update V  20.08 is yet another small move in a series of transformational steps to head in that direction.

Here, we list some of the fixes and improvements:

GeoTools and CADPower use a resource file to supply the translation messages for its commands. Until now, this file was delivered as an encrypted file that was decrypted and read during run-time. We realized that this process was causing unpredictable results in some deployments where the user would double click on a dwg file and start their AutoCAD or BricsCAD software. In other cases, it also caused to fail when the software was read off a server or had some permission issues in their Windows setup. We have overcome all of these problems by simply removing the encryption on the messages resources file.

This is purely an internal change and an end-user will never even know about it, but the welcome side-effect is that the infamous ‘Message Not Found’ error is now history and resolved forever.

The BricsCAD CP_DWGSET command gets a make-over

In a recent previous update, we made the GeoTools & CADPower installer copy the user-interface files (MNU/CUI/X) into a local AppData folder. The change in location was necessitated because, in the installation folder (c:/program files/DesignSense/GeoTools20_EN or CADPower20_EN….), the typical Windows user does not have the permission to modify the CUI/X files. And, now, it is often required to be able to modify the UI files. Because of this reason, we moved the CUI and MNU files to the LocalAppData folder.

For example, on my computer, this folder would be: “c:\Users\RAKESH\AppData\Local\GeoTools\AutoCAD\V20\”

(Improved): CP_TC: CADPower-> Text-> Creation-> Draw Quick Text (running numbers): The CP_TC command is one of our most popular tools. We added a new option in this command to automatically create a range of incrementing text objects. 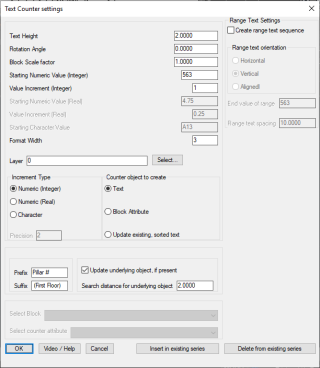 Choose this option to create an automated range of text objects in the specified pattern range. The text can be arranged in horizontal, vertical or aligned directions. The spacing between the text columns (for vertical alignment) or rows (for horizontal alignment) can be specified. The start of the range is taken from the main settings, while the end value of the range must be specified in the Range section. 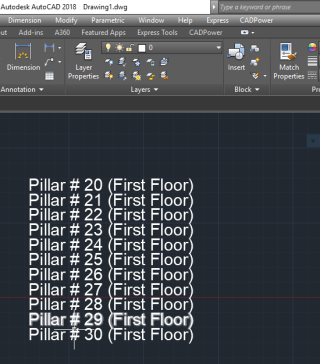 (Improved): CP_MVEDIT: (Menu: CADPower-> Polyline-> Vertex Management-> Mulitple Vertex Editor): The CP_MVEDIT command is a multi-purpose, rule-based vertex editing tool for polylines. It is often described as a hard-to-understand-why-it-is-useful tool. But, users who requested it and discovered the use for it cannot live without it. We added a bunch of new enhancements to this tool under the ‘Move Dynamic [Custom]‘ options. 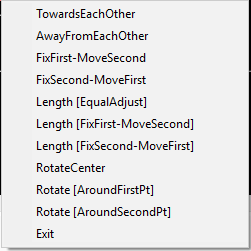 All the custom dynamic movements in this list have been implemented now in V 20.08

The names of some of the custom movement operations have been changed to reflect their actions correctly. All of them have been implemented.

The ATTIN command in AutoCAD is known to all. It was perhaps part of the Express tools collection AutoCAD user have gotten used to. Although CADPower had an ATTIN functionality via the CP_BOM command, we felt the need for a direct ATTIN command by the same name, without any dialog boxes and multiple settings. The ATTIN command in CADPower is aimed primarily for BricsCAD users and provides a means to import attributes from a previously exported (using ATTOUT) CSV.

The entity handle is the key in the CSV file which links the attributes back to their corresponding blocks.

The ATTOUT command in AutoCAD does just the opposite of ATTIN, and exports a selection of blocks into a CSV file. This functionality also existing since a long time via the CP_ATTEXT command but the ATTOUT command is just a direct quick-and-dirty tool that does the same. 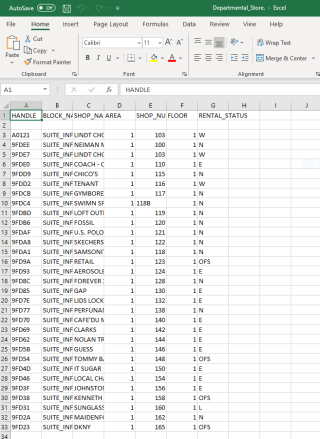 The output of ATTOUT seen in Microsoft Excel, being edited

The handle of each block entity is a must that is automatically exported by ATTOUT.